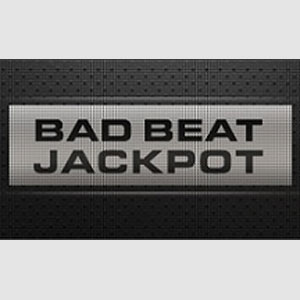 The Winning Poker Network (WPN) will end its Bad Beat Jackpot (BBJ) promo, but players can try for the remaining jackpot without contributing rake to the pot.

Anchored by Black Chip Poker and Americas Cardroom, WPN has announced that the BBJ will terminate on September 1. Any funds that remain in the jackpot from September onward must be depleted, so players at WPN can maximize their value by taking a shot at winning the BBJ without losing the rake that normally fed the jackpot.

The removal of the BBJ follows an industry-wide trend, as several poker rooms and networks have discarded BBJ tables in recent times. Though recreational players usually love the excitement surrounding a possible huge jackpot score, lower stakes cash game grinders realize that it’s difficult to be consistently profitable when a chunk of each pot is taken off the table.

The Beast progressive points race promotion will continue at WPN under a new raked fee structure. Beginning September 1, only $0.25 will be taken from all stake level Beast tables, with $0.18 earmarked for the cash game leaderboard pool and $0.07 dedicated to tournament players. No fee will be taken from micro-stakes tables of $0.05/$0.10.

WPN was the last U.S.-friendly network to offer the BBJ promotion that requires a player to lose with at least quad 8’s and both players involved in the showdown to use both their hole cards. The Merge Gaming Network terminated BBJ tables roughly one year ago. An Americas Cardroom representative said that WPN listened to player feedback in deciding to scrap the BBJ promotion. Many players complained that the BBJ was no longer an attractive promotion.

While WPN terminates the BBJ and retools The Beast, it hasn’t forgotten its loyal SitNGo players. A new 10k SitNGo Race promotion will kick off in September. The promo runs for the entire month and will reward the top 120 SitNGo point earners with $10,000 and guarantees $1,500 to the first place winner.

The SitNGo promotion allocates points according to the tournament’s size and value and is not dependent on strong finishes. Players eliminated quickly will receive the same amount of points as SitNGo tournament winners. In other words, the more tournaments entered and the higher the stakes, the greater the likelihood of earning more points.

The formula used to determine point totals is to multiply the tourney buy-in fee by the players entered and dividing by five. At the conclusion of September, the bonus prize pool money of $10,000 will be awarded to the top 120 SitNGo players.

There is plenty of value for U.S. players in September who are looking for rake-free jackpot scores and leaderboard races at cash game, SitNGo, and multi-table tournaments. Read our 2022 review of Black Chip Poker, both of which are offering huge first-time deposit bonuses!