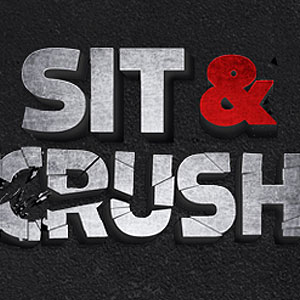 Black Chip Poker is extending its “Sit & Crush” promotion into the New Year and introducing a couple of changes to distribute the prizes on a fairer basis.

At the beginning of December, Black Chip Poker launched its “Sit & Crush” promotion – a progressive leaderboard competition in which players earned points based on the type and volume of Sit n Go games they participated in, which then accumulated throughout the month.

At the time of the launch, Black Chip Poker said they were hopeful that the prize fund for the promotion would reach $50,000 and, with two days remaining in the competition, the prize fund currently stands at $46,200 (cash prizes and tournament entries combined).

Due to the success of the inaugural “Sit & Crush” promotion, Black Chip Poker have made the decision to make the competition a permanent feature on the site, and to divide the promotion into two different competitions each month to extend the number of players who will qualify for a prize.

A further significant change for January 2014 is that the $20.00 “On Demand” games will be excluded from the competition to enable those with a smaller bankroll to have a better chance of winning a prize in the promotion. Multiple points were awarded in December´s promotion for players who participated in “On Demand” Sit n Go games, and this lead to the leaderboard being top-heavy with players who already had plenty of money.

Multiple points will still be awarded to players who participate in “On Demand” Sit n Gos, but only at stake levels up to $15.00 + $1.50. Further tinkering with the structure of Black Chip Poker´s “Sit & Crush” promotion is expected throughout the year as the promotion matures.

Who Won What in December

The first month of the Sit & Crush promotion saw thousands of players embrace the competition. With two days remaining, the total prize pool stands at just over $46,000 ($32,300 in cash prizes and $13,800 in tournament tickets). The top prize looks as if it will be won by “Jhamilton90”, who will be picking up a post-Christmas bonus in excess of $3,200, while the top 97 players will be picking up a min-cash of $103.28.

The top 188 players on the Black Chip Poker “Sit & Crush” leaderboard will also receive tournament tickets for the LSOP Panama Super Satellite which will be played on Sunday 12th January. 10 packages to the $1 million guaranteed Main Event in March are guaranteed in the Super Satellite, so players who participate in the Sit & Crush promotion could win far more than just a couple of hundred dollars!

Black Chip Poker is also offering a special New Year reload bonus of 100% on deposits up to $200.00 made from today until 23:59 (ET) on Friday 3rd January. Normal terms and conditions apply for clearing the bonus and in order to qualify for the extra bankroll boost, existing players should enter the Black Chip Poker bonus code “NEWYEAR” when they make their deposit.

New players, who do not yet have an account with Black Chip Poker, can qualify for a 100% match bonus on first deposits of up to $1,000 when they create their account and make their first deposit. There is a different Black Chip Poker bonus code to use (“CHIPPED”) for players who want to take advantage of this offer, who will also be eligible for four $250.00 depositor freerolls.

See you at the Black Chip Poker tables!